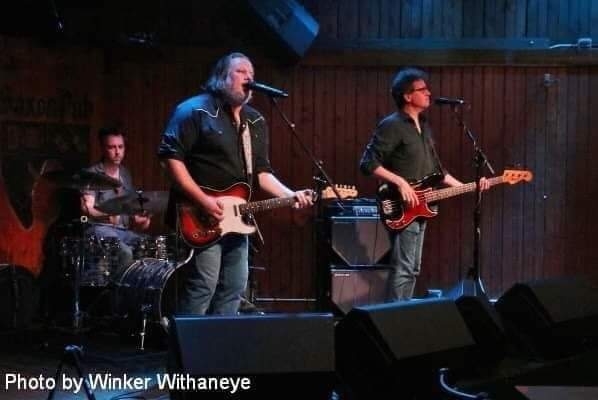 I met Eric Hisaw when I lived in Austin Texas. Austin is chock full of great musicians and Eric is one of them. His music for me brings feelings of warm summer nights on a dusty porch drinking burbon with a big dog sitting beside you. Since that's a picture of my current life it comes as no surprise Eric's music is on constant rotation here at Cosmic Ranch. I was in touch with Eric last week and we decided to do a little catch up and interview.
Ronnie: Hey buddy! Good to talk to ya, you probably know my unhealthy obsession with the film Almost Famous, with that in mind, Eric.. what do you love about music?
Eric:   Good question, because when you do it for so long it kind of just becomes like breathing and it's easy to lose sight of what got you in to it to begin with. The first music that really hooked me was early rock'n'roll like Elvis, Buddy Holly and Eddie Cochran and also some hillbilly stuff like Johnny Horton and Hank Williams. I think I was drawn to how music could take you on a journey. It is like literature but using more of your senses to get the message across. A way of telling stories that is both intellectual and physical. That is what grabbed me as a listener. As a player, I really enjoy having a discipline, something to strive for everyday. I also like the outsider, rebellious, revolutionary aspect of living immersed in the arts.
Ronnie: We met in Austin, how did you end up there and how has it played a part in your music?
Eric:   I had done a bit of traveling around before I came to Austin, living in Louisiana and Tennessee. I was very much romanced by the Woody Guthrie/Jack Kerouac mentality, wanting to see and do everything possible. Austin became an easy choice to look in to as I was a big fan of some music coming from there, in particular Joe Ely, The LeRoi Brothers, the True Believers and a record Ely had produced for Will Sexton which really succeeded in getting the dirty Stones rock'n'roll meets country vibe that I was going for. Austin has influenced my music by being home to so many great guitar stylists, Johnny X Reed, Denny Freeman, the late Jesse Taylor, the late Eddy Shaver, the late Joe Eddy Hines. There is kind of a seamless melding of country and blues that happens with players here that doesn't happen anywhere else. Texas is obviously home to tons of great songwriters though I believe I'm more influenced by Californians than Texans in the lyric department (Los Lobos, Dave Alvin, John Doe, Merle Haggard etc.) 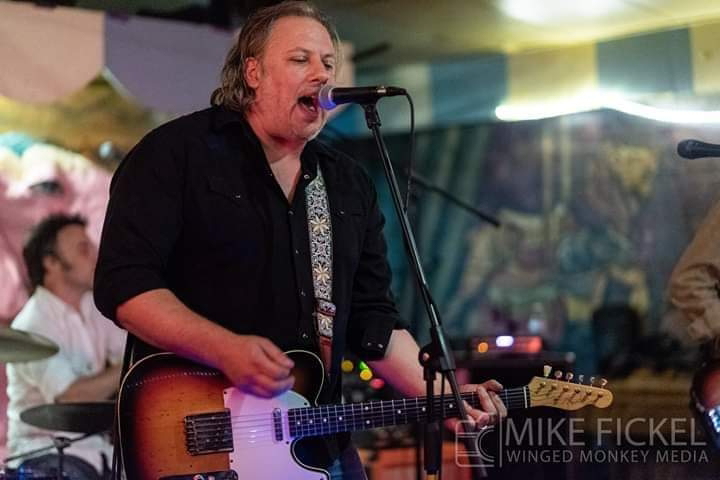 Ronnie:  I'm a big fan of your music and latest record.  Tell me a bit about how it came together and your writing process:
Eric:  I spent a few years working much more as a sideman and got to do a lot of really cool and interesting gigs and go lots of places. When the gig I had came to an end I got re-motivated to start my own band. It took a couple of years to get it together. I met a great bass player and harmony singer named Neal Walker at a Doug Sahm tribute show in San Antonio. We started playing together regularly and through Neal's longtime association, Shawn Sahm offered to record us. Most of the songs I'd had kicking around for awhile, they were the staples of our live set, though the first two tracks "Hurry it Up" and "Streetlamp" were brand new. The songs all touch on the same themes that have been running through my writing all along, family dynamics, romantic situations, class struggle, addiction.... I did set out to do it with a more economical approach to the lyrics and really focus on the rhythms. We cut the record in Shawn's studio almost like we were playing a gig, then I'd overdub a second guitar for texture, Shawn would put on a keyboard part and then on two tracks the great accordionist Josh Baca of Los Texmaniacs added a part. 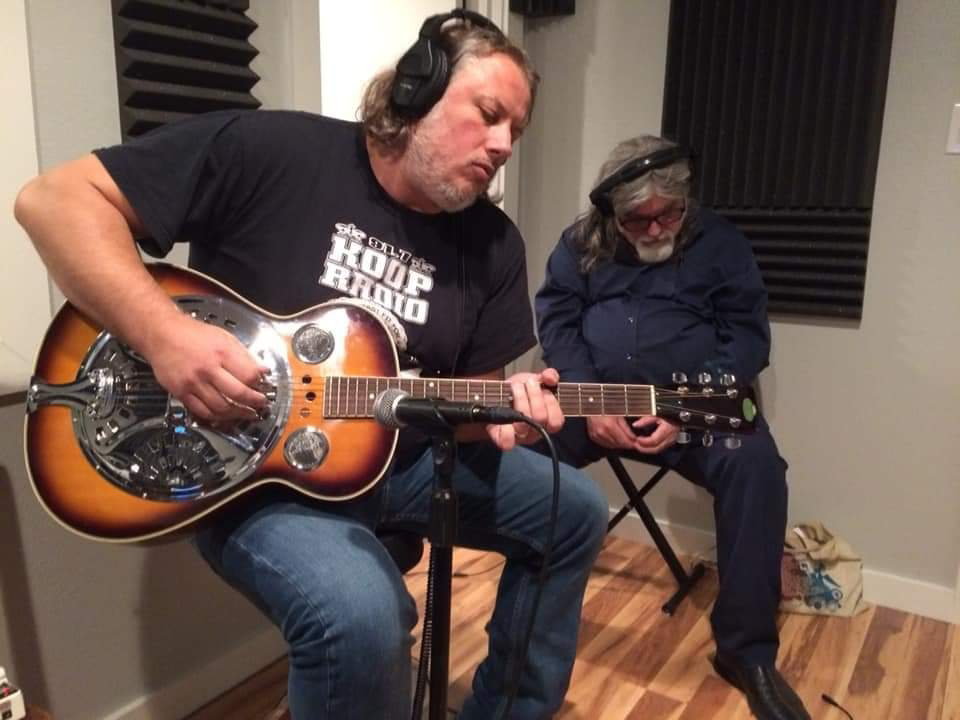 Ronnie:  If someone hasn't heard your music how would you describe it?  I always hear something new ever time I listen.
Eric:  I think as a rule we are the worst at describing our own music. I told a radio dj one time in a long roundabout way that I was trying to create songs that had the imagery and detail Sam Shepard stories crossed with the eclectic southwestern rhythms of Doug Sahm. The DJ blurts "oh, like Joe Ely, he does that!"  I had to agree, yes he does, so much for my revolutionary idea. It seems various key words hit home in different ways for people depending on their own frame of reference. Living in Texas I feel like I have almost nothing to do with hardcore country western music, which to me is Ray Price and Johnny Bush playing shuffles and waltzes to dancers, but in New England states I have been told that my style was "honky tonk purist".  By the same token to me rock'n'roll means the Flamin' Groovies and the MC5 where to a kid in a small town it may mean Metallica and Judas Priest. That said I usually tell people we are influenced by the Rolling Stones and Bob Dylan. 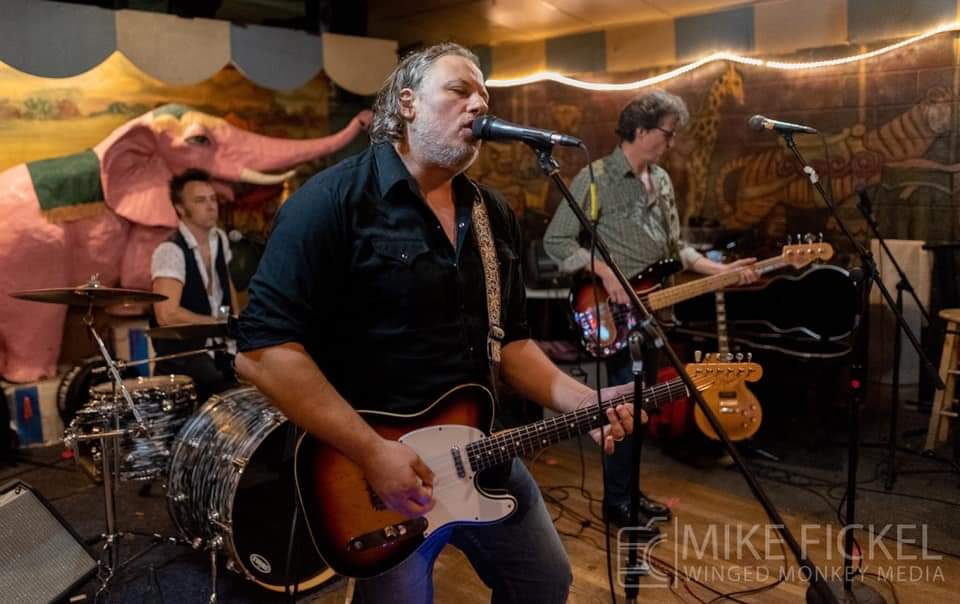 Ronnie:  Which guitar players are your heros?
Eric:  I have a lot of favorite guitar players who mine similar territory. I mentioned above a slew of Texas guys who I have seen live hundreds of times which impacted me quite a bit. The guys who pretty much built the foundation of what I play would have to be Keith Richards and Ron Wood, they both mix lead and rhythm guitar and use a lot of Chuck Berry licks and country bends to enhance the groove and build songs with the instrument. I've never been much for dazzling soloists. I like the tight little dynamic bits James Burton played on Rick Nelson records and with Elvis. Same with Steve Cropper at Stax. Jesse Ed Davis who played with the Taj Mahal band and did tons of sessions is a big influence. Both guitarists from Los Lobos, David Hidalgo and Cesar Rosas, are constant sources of inspiration as well. 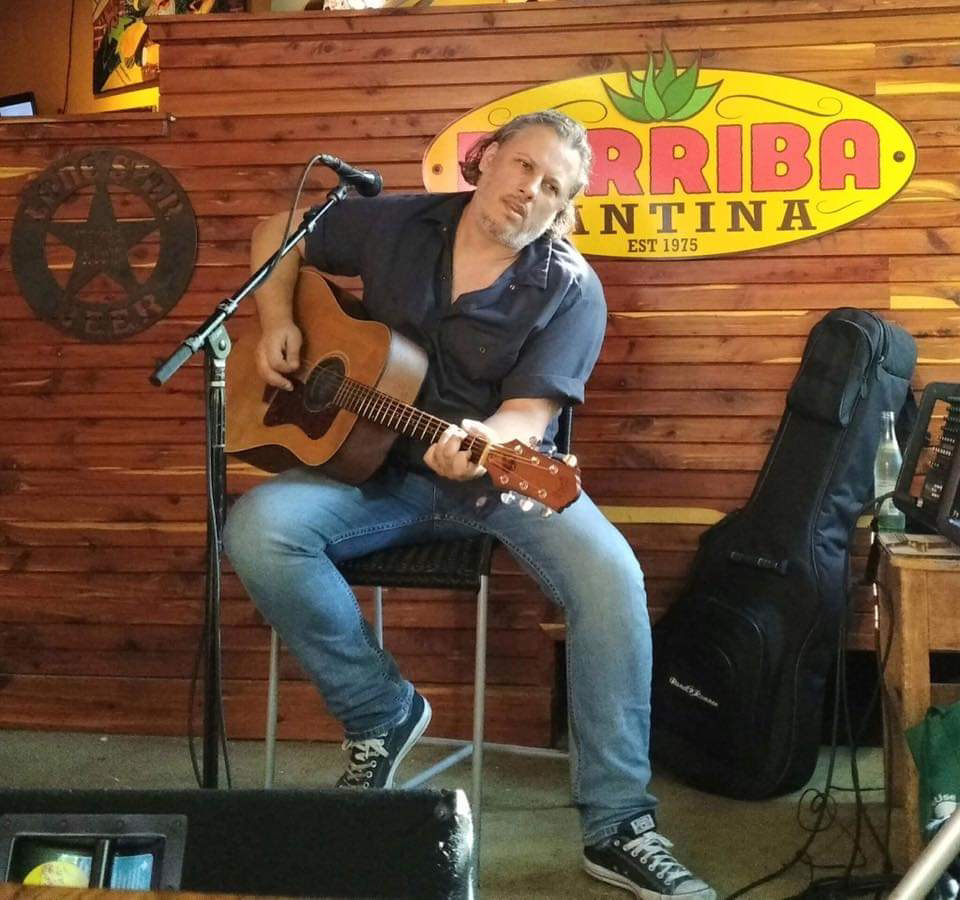 Ronnie:  Our country is so divided, I miss protest songs a lot.  Do you feel like I do, that we need artist's voices in the battle?
Eric:  Yes, I believe it is important for artists and filmmakers and authors and poets to have a socio-political voice. It's really difficult to write good songs in that vein and it is important that the songs be of quality for anyone to hear the message or be moved by it. I've never worked in that area on a literal level, but it has always been important to me to have stories in my music that address the division of wealth and the way people are affected by politics and war. I've made it a point this year to spend time listening to every Dylan album in chronological order. His work on The Times They Are A-Changing is really incredible protest writing. There is a real flow of energy going on there. We could certainly use a new person of that depth to write about today. 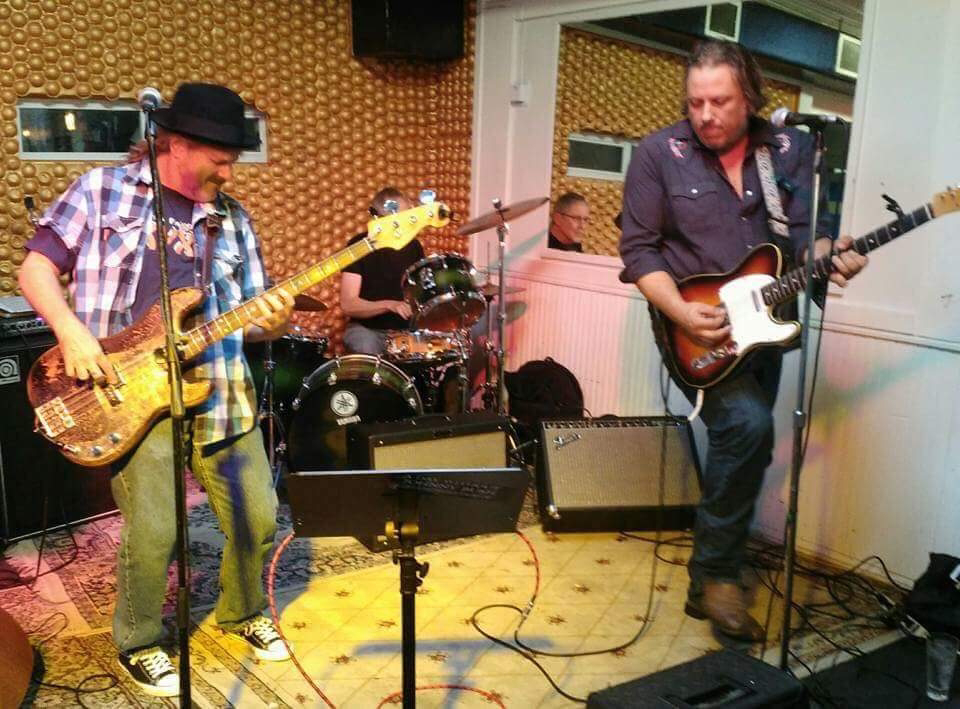 Ronnie:  Austin is the live music capitol of the world ... Does that make it easier or harder for musicians living there?
Eric:  I'm not sure with how much the general demographic of Austin has changed over the last few years that it is the Live Music Capitol but a musician can play a lot of gigs here. It's a good and bad thing. I think because of the saturation of talent it is hard to get noticed and easy to get put in a box here in Austin. On the other hand a player can really develop by having the opportunity to play out more often than in other towns. I like to play a lot so it has been a good fit for me.
Ronnie: What are you currently working on, any new songs coming down the road?
Eric: I have been working with a new rhythm section and we have come up with a good chunk of new material we are planning to record this spring. A cool label that does vinyl called Flak Records is going to release the album when it is done. There are some pretty uptempo songs in there that are really fun to play live.

Ronnie: We sure would love to see you on the west coast, any plans for a trip out west?
Eric:  I would certainly like to get around a little bit more when we get a new record out. I love the west coast and have always felt like it was a great place to play my music. I will keep you posted first!
Ronnie: Eric, thanks for doing this my friend, let's show the readers where to get your music!
Eric's Website
On ReverbNation
On Facebook
Posted by Ronnie Cosmic Ruff at 10:56 AM