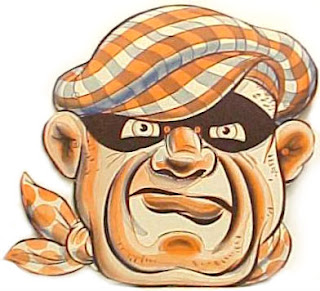 Yesterday someone at community breakfast told me they'd been burglarized and the thieves had stolen a bunch of stuff the owner had to pay to replace.

Some of you don't like to wait around for the deputies to come make a report. You can report a crime over the phone, and although it will not be an official report, you can get an INCIDENT NUMBER. This is better than nothing. When EVER you talk to the Sheriff's Department you should ALWAYS GET AN INCIDENT NUMBER.

Until we get as serious about protecting our stuff as the thieves out here are about their thieving, this will continue. There are all kinds of amazing new alarms that will notify you by phone when a door or window is breached, cameras that cannot be found that upload to the cloud. There are tracking devices so you can give the Sheriff's Department the address of where to find your stuff. Many of these are very reasonably priced - certainly less than having to go buy new stuff.

Thieving has been going on out here since the first homesteader framed her cabin. The only way it will stop is when the risk of getting caught exceeds the reward. Increasing that risk is something we all need to do.

In the meantime - thieves are afoot. Keep a watch out for yourselves and your neighbors and report anything suspicious.
Posted by Ken and Teresa at 10:03 AM