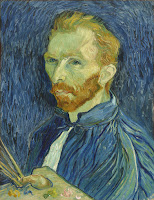 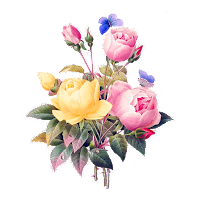 Since the birthstone for June is the pearl and the flower the rose, we send out Rainbows-of-Pearls-and-Roses to Pappy Parsons and Bill Hague who celebrate their special days this week. Happy birthday, Bill and Pappy!
Ironically, both of the following commentaries were written about the same business. Darlene’s was written before hearing about the upcoming closure, Karen’s was written after.

Darlene’s Commentary: I’ve been a customer of Bank of America for 25+ years and have had good service until now. It started when the ATMs in Twentynine Palms were torn down without warning, then immediately replaced, reassuring everyone that there was no problem. Not long after this, signs went up on the BRAND NEW ATMs that they would soon be permanently removed! Even though we have since been reassured several times that BofA is “working on” replacing those ATMs, it is now coming up on six months without any. Believe it or not, many of us do not have computers or Internet capability to do banking online (even if we wanted to), so it is a 72-mile round trip to get to the closest BofA ATMs! This is ridiculous!! Bank of America, PLEASE install some ATMs in Twentynine Palms.

Karen’s Commentary: Talk about the “end of an era” – how about the “end of almost a lifetime?” I’ve been a Bank of America customer since 1961 – 58 years! Through thick and thin, home mortgages and car loans, we have always had a checking and a savings account with Bank of America all these years. Now the only branch left in the Morongo Basin will be closing on September 10. In their notification, it states that you can still do all your banking online or by phone – nothing is mentioned about using an ATM, by the way. Well, let me tell you, when you have a problem, having to contact someone in Texas, Chicago, Florida or beyond just does not cut it, not to mention the HOURS spent on hold, navigating websites and/or pressing buttons! So long, Bank of America.
Posted by Karen & Dar at 1:36 AM