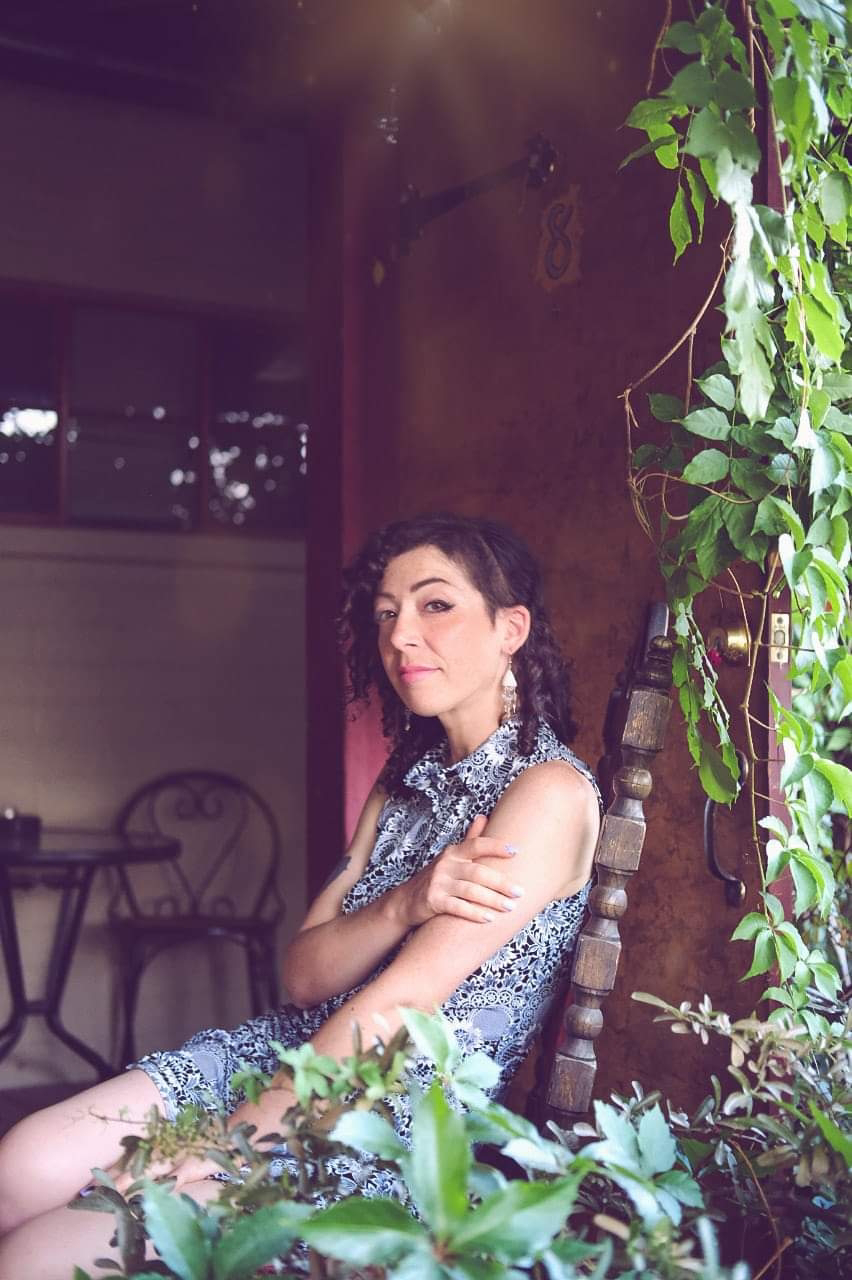 Ronnie : Laura, tell me, what do you absolutely love about music?
Laura: Music is a magnifier for whatever you're feeling, a spiritual balm in an otherwise harsh and mundane world. It can be wonderfully therapeutic to hear your own pain and joy reflected in the art of another human, expressed from that human's own unique perspective. It will burrow inside your soul and build a nest there. It's a familiar old friend that's always there for you and asks for little in return but respect.
It's a form of alchemy that helps us affirm we are not alone in the world. We're alone together! Almost all of my friends came into my life through my love affair with music.
Ronnie: Not everyone can live in the desert. What brought you here and how does the desert color your music/songwriting?
Laura: first moved here in 2005 from Cleveland, OH. Call it a soul journey...I knew I would die if I didn't make a huge life change. (Everyone's seen the infamous Cleveland Tourism youtube videos, right? If not, go have a laugh!) I'm highly sensitive to my environment, and sensory overload can easily depress me and activate my anxiety. The desert was the perfect place to escape, spiritually detox and start over. The quiet, misunderstood and alien landscape of Joshua Tree seemed to understand and offer a solution. Things were a little slower in the desert then. I hung around for 5 years channeling the songs that would become my first album, Spirit of 73. I joined my first band, singing harmonies in a rock & soul group that had its first gigs at Pappy and Harriet's Pioneertown Palace. During this time I was fortunate enough to be invited to live at a local friend's ranch, which was a vital incubation period for my soul. I did a lot of growing there to evolve into the person I needed to become to fulfill my life's purpose...but I still had a long way to go.
In 2010 I moved to Nashville to work on the production team of the Music City Roots show. I made some great connections, but decided to return to the desert in 2018 after my riverside cabin home flooded. I lost almost everything including a pickup truck and an 27-foot RV, which actually flooded all the way up to the roof! The neighboring Amish community graciously took me in for awhile and nurtured me while I figured out my next move. Where else do you go to dry out after such a wet disaster? I'm happy I came back to the desert. Even if it means I have to endure a few upturned noses and interrogations from the new wave of desert scenesters who think I'm another newbie or LA transplant.  High desert dwellers can be very territorial, and understandably so, because we have something rare to protect. It's healthy to remember that there's always someone who was here before you. 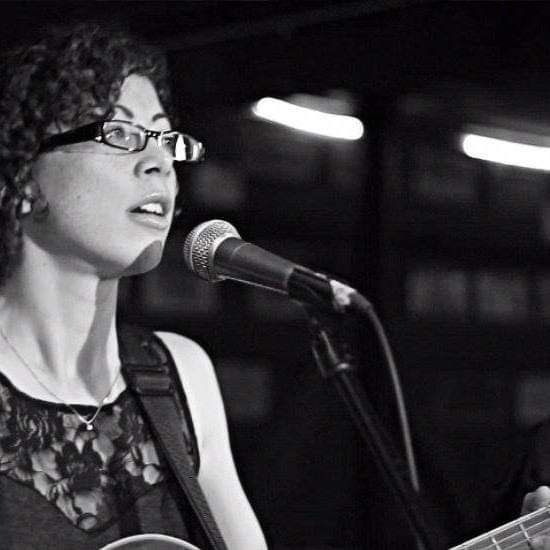 Ronnie:  Artists sometimes see their music differently than listeners, how would you describe your music to someone who has never heard it?
Laura: It's basically folk country with influences across the board of roots & "Americana" music...I love bluegrass & Appalachian sounds, classic 60's & 70's country, 90's "alt-country", classic rock, indie rock and I even had my punk rock phase in my teenage years. I don't try to make my music sound like anything in particular, but I trust the songs that come to me; they're like a crystalized composite of everything I've ever loved. I ask the songs what they want and need and let them just become.
Ronnie: I know we share a lot of friends from different Gram Parsons groups, does his music influence your work in any way?
Laura: Absolutely, in fact he's made more of an impact on me than any other artist. I wouldn't have been aware of Joshua Tree if not for Gram's legendary life story. How can you feel such a close connection with someone who checked out almost decade before you were born? Gram wrote in one of his journals that 100 years from now he would be a magician. And that proved to be true; we now have several generations of musicians that credit him as a catalyst to their art. Obviously he was super aware and understood the everlasting and far-reaching power of music, and that he would be an influencer long after death. He knew what he was doing. 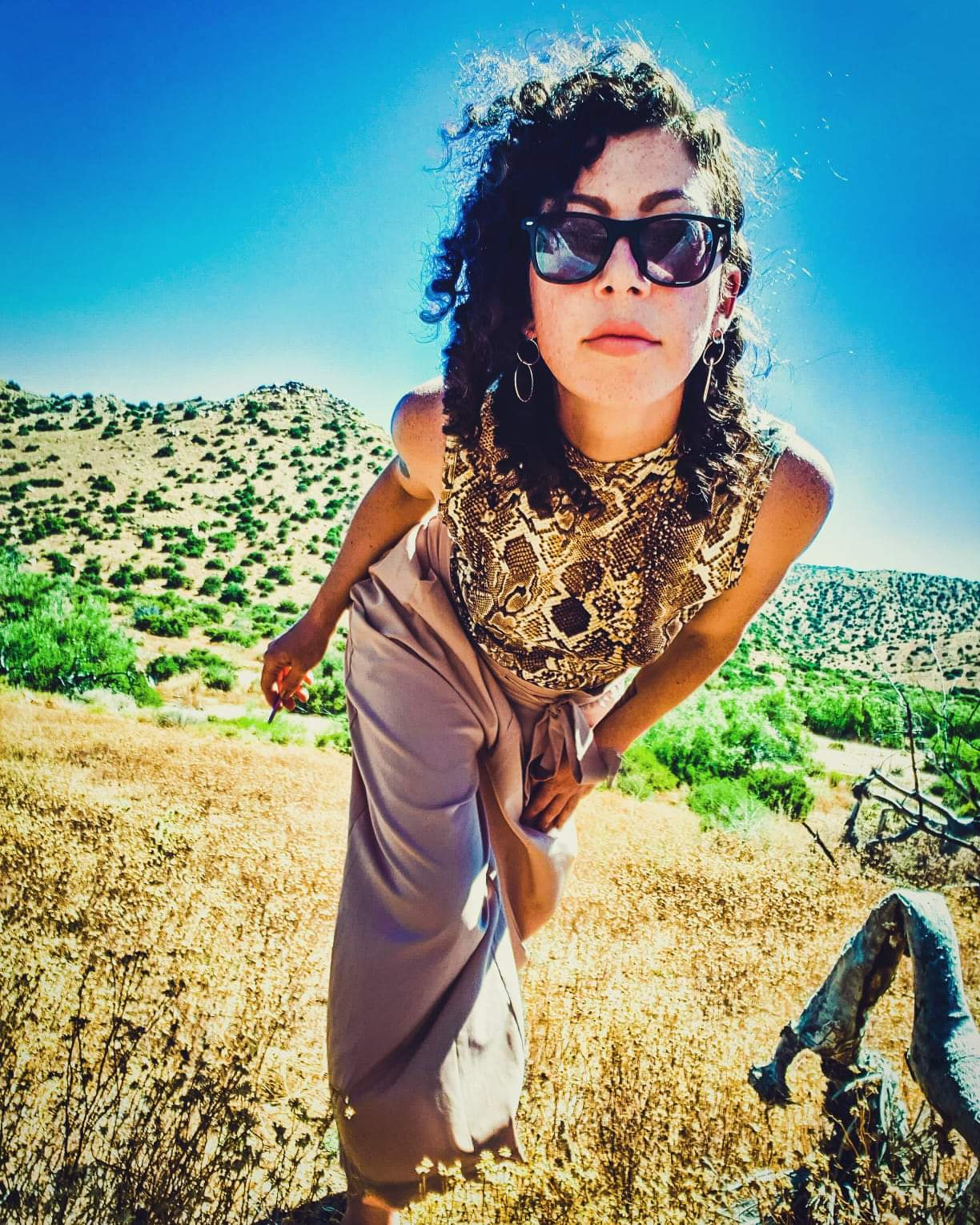 Ronnie: We all have music heros, I'm betting we share a few. Tell me about your music heroes.
Laura: Gram & Emmylou, Lucinda Williams, Gillian Welch, Jay Farrar, Jim Lauderdale, Charlie Louvin (actually got to perform with him at Spaceland, his last show in LA before he passed away), Victoria Williams. There are so many more but I owe a lot to these particular path-pavers.
Ronnie: We live in crazy times. Do you feel music can be a force for change?
Laura; Yes, a change of heart, social change... it's an excellent vehicle for propagating a message. It's too bad it is rarely utilized that way. The pop music dominating the airwaves currently feels very low-vibrational to me, like they're trying to hypnotize the masses with oversexualized and violent programming. There's definitely a dark agenda there. The other side is that we now have tools literally at our fingertips which bring production and distribution straight into the hands of the creators. The outreach potential of your message is limitless. So it's more vital than ever that we take special care with the messages we are propagating!
Ronnie: You stay so busy, what are you working on now?
Laura: I've been tracking a new album, Old Cardinal Gem Mine, at Red Barn Recorders in Morongo Valley. It will be my first full length release since 2011. These are songs mainly composed in two different cabins; my former TN home before it flooded, and a primitively off-grid tinyhome on the Appalachian trail, which triggered an  abundant flow of ideas, since I was so off-grid I had to drive 5 miles to send a text or phone call. The rest of my time was spent collecting and filtering creek water to drink, and gathering fallen firewood for the woodburning stove, my only heat source (besides the 7 feral cats hanging out there). One of the tracks, Better Way to Fall, was composed in another off-grid home in the Amish community, where I was allowed to live for almost a year, housesitting for a traveling family. That was an incredible experience! 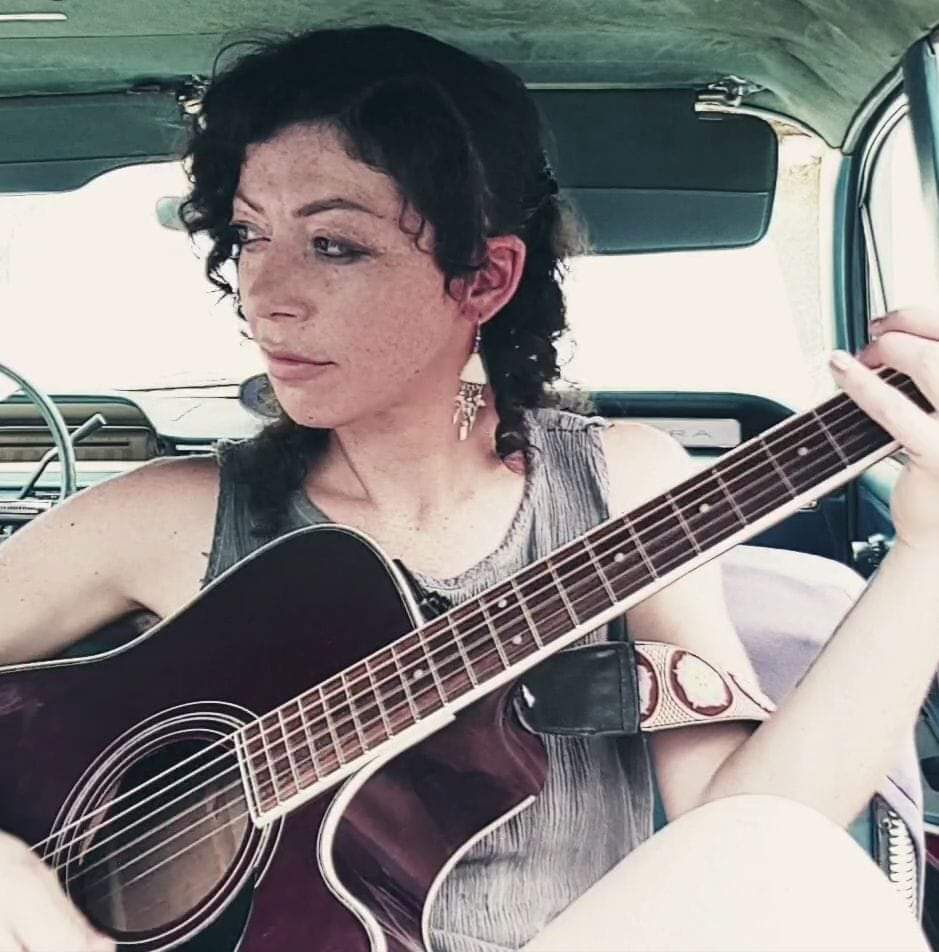 Ronnie: What is your favorite song you've written and why?
Laura: My favorite song is usually the one I'm currently working on. A favorite from my upcoming album is the title track, Old Cardinal Gem Mine. It's a sweet and simple reflection on a precious afternoon spent with my mom in the Blue Ridge mountains at a little roadside gemstone mine operated by two children and their grandmother. I was touched by the way they make their living in the isolated North Carolina mountains. Sometimes you want to change the whole world but it's only within your power to affect the person sitting next to you. What would the world be like if we all did that? I'm anxious for the album to come out...I hope people will hear the song and flock to the gem mine!
Ronnie: Thanks for the conversation Laura, I look forward to hearing the new songs!
Follow Laura on Instagram
HERE
YouTube
HERE
Facebook
HERE
Ronnie Ruff
Wonder Valley California
Posted by Ronnie Cosmic Ruff at 8:34 AM