Mermaid Avenue - The Journey Of A True American Hero 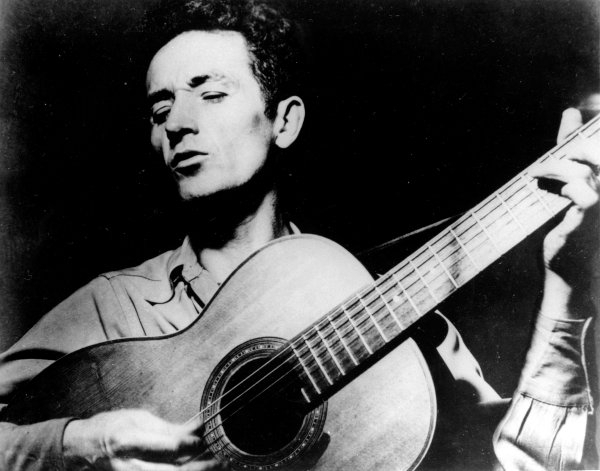 When Billy Bragg and Wilco released Mermaid Avenue way back in 1997  I didn't know all that much about Woody Guthrie's vast catalog of work. There was a huge collection of songs and poems all written from his hospital stays.  Much of the work had been offered to Dylan in the 60's but remained below anyone's radar.
Starting in 1996, twenty-nine years after Guthrie’s death, first Bragg and then Wilco’s Jeff Tweedy and Jay Bennett began to sift through the pages, looking for the lyrics that spoke to them, that needed to be heard, that were just too good to leave to the archives.
In the documentary Man in the Sand, that details Billy Bragg and Wilco's project to turn the forgotten Woody Guthrie lyrics into songs, Bragg visited Guthrie's hometown of Okemah, Oklahoma, trying to get some idea of what inspired Woody's songs. As Bragg wanders through the now deserted streets, talks to folks, and even discovers what's left of Guthrie's birthplace that's now just pieces of wood stacked in the corner of a local shop, he chats with the owner of an antique store, hoping to find anything that might bring some light to Guthrie's early life as an Okie before he started his journey across the country writing about his adventures. Delighted to show Bragg a link to Guthrie, the owner pulls out a sign displayed in front of the store that identifies Okemah as Woody's hometown.
The sign was in bad shape, Woody's name was covered with spray paint and the words "Commie Red A Draft Dogger" in it's place. The vandals couldn't spell but the message was certainly clear.. This was how Woody was to be remembered in his home town and state many years after he died. 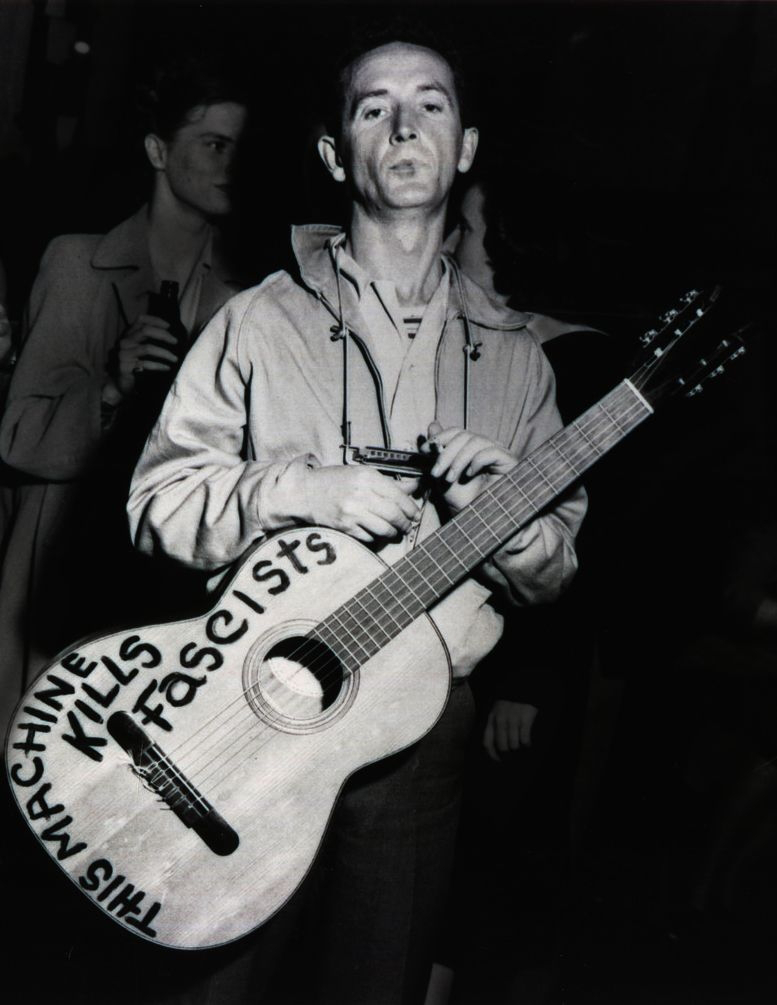 When Wilco and Bragg decided to take on the difficult project of selecting only a small portion of the thousands of lyrics and write the music to turn them into songs Wilco's Jeff Tweedy had this to say; I'd have a really good feeling about things if the result leads a certain number of people back to discover Woody Guthrie.
Bragg, a songwriter based in the UK had been chosen by Woody's daughter, Nora, to bring life to writings that were purely American. Guthrie however, in 1997, was still viewed as a virtually unknown left wing folkie, mostly known for writing "This Land Is Your Land".  Bob Dylan was a fan but most Americans had no idea who he was.
After the release of Mermaid Avenue in 1998 that changed, the posthumous songwriting team of Guthrie, Bragg Tweedy, and Bennett turned out to be brilliance not many would have imagined.
American Songwriter Magazine has said; "The Mermaid Avenue project is essential for showing that Woody Guthrie could illuminate what was going on inside of him as well as he could detail the plight of his fellow man".
The collection of three volumes was voted number 939 in Colin Larkin's All Time Top 1000 Albums 3rd Edition.
Oklahoma has finally come to embrace old Woody as a state treasure and now even has the Woody Guthrie Folk Festival that brings fans from all over the world to Okemah to celebrate a truly American hero. In the state house of one of our most conservative states a painting of Woody hangs, something  far different than that defaced sign in the town of his birth.
Billy Bragg and Wilco didn't just alert folks to the brilliance of Woody Guthrie. No... They brought Woody home to the land made for you and me...