According to our good friend Judy Taylor, Animal Action League is not doing nail trimming at this time, but they are still doing shots. They do not know when they will resume their regular services. Call 760-366-1100 for current information.
Our Wonder Valley Community Center was in a flood zone the other evening! Apparently a pipe broke, flooding the grounds with well water. Jim Copeland discovered it and contacted Ted Meyers who TRIED to contact someone for assistance. MAC representative Steve Reyes was out of town, WVCC coordinator Teresa Sitz didn’t answer, the Special Districts’ emergency operator said she had no way of handling this, a recording was reached at the Twentynine Palms Fire Department and the Sheriff’s Department dispatch number was busy! In the meantime, Jim Copeland managed to find a shutoff valve, so the flooding was finally stopped. What a fiasco!
[Note: Teresa Sitz contacted SDD and the break was repaired on the next business day. Thank you to Jim Copeland who figured out where to turn the pipe off and did so. Mighty neighborly of you.] 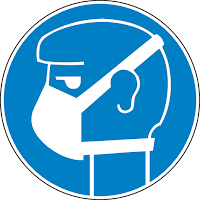 The Drive-thru USDA Food Distribution will take place on Tuesday, June 16 outside our community center, 80526 ½ Amboy Road at Blower Road, at 10 a.m. Everyone needs to wear a face covering and remain in their vehicle. The community center is currently closed.

We send out Rainbows-of-Pearls-and-Roses to Bill Hague who celebrates his special day this week. Happy birthday, Bill! 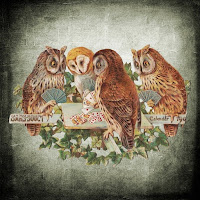 Karen’s Commentary: This is a story called "The Owl and the Jackrabbit." Just about every evening, five jackrabbits show up in our front yard and play and chase each other around our trees. I usually sit on the porch swing awhile and watch them. Currently we have a great-horned owl living here, so some evenings the jacks don’t show up at all, we assume because the owl is too close. The other night Ted noticed the owl perched on a low branch in one of the trees right where the jacks play. Three jacks had arrived and were chasing each other around, sometimes right underneath the tree where the owl was perched! I held my breath every time this happened. Then two of the jacks ran out into the desert, leaving the largest one alone, directly under the owl! Suddenly the owl jumped to the ground about six feet from the jack. They both just stood there, thoroughly looking each other over! They weren’t the least bit aggressive, just curious. This went on for about five full minutes, then the owl just flew away. An up-close-and-personal "National Geographic Moment!"
Helpful Hint: If you rant and rave when the brown sugar is hard as a rock, store it in the freezer. Unlike other frozen foods, it won’t harden.
Today’s Thought: Volunteer. Sometimes the jobs no one wants conceal big opportunities. 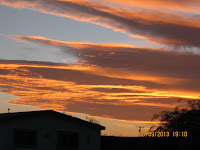 Until next time..., remember to take time to enjoy the WONDERs all around us.
Posted by Karen & Dar at 1:01 AM