The USDA Food Distribution will take place at our Wonder Valley Community Center, 80526 ½ Amboy Road at Blower Road, on Tuesday, April 16, starting at 9:30 a.m. As we wrote last week, you will be surprised at the fast, new method of distribution. 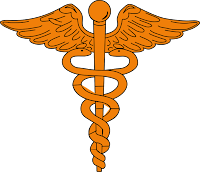 Also on April 16, the Morongo Basin Healthcare District’s mobile medical van will be at our community center at 10 a.m.
Mark your calendar for the upcoming Hi-Des Hukilau at The Palms on April 20.
For additional information about any of the above events, call our WVCC Coordinator Teresa Sitz at 760-367-9880.
We send out Rainbows-of-Diamonds-and-Sweetpeas to Penny Root who turns 53 this week. Happy birthday, Penny!
Others celebrating birthdays this week include Shannen Doherty (48), Andy Garcia (63), Al Green (73), Rick Schroder (49), Paul Sorvino (80) and Anthony Michael Hall (51).
Fifty-one years ago this week the Civil Rights Act of 1968 was signed into law by President Lyndon B. Johnson. This act protected civil rights workers, expanded the rights of Native Americans and prevented antidiscrimination measures in housing.
Sixty-four years ago this week the first McDonald’s opened in Des Plaines IL. Owner Ray Croc got the idea from a hamburger joint in San Bernardino run by the McDonald brothers. On opening day, a hamburger was 15 cents. The Big Mac was introduced in 1968 for 49 cents and the Quarter Pounder in 1971 for 53 cents.
And eighty-five years ago this week the highest-velocity natural wind ever recorded occurred at the Mount Washington NH observatory. Three weather observers observed and recorded the phenomenon in which gusts reached 231 mph – the strongest natural wind ever recorded on the earth’s surface.

The Wonder Valley Community Church, 82575 Amboy Road at Kuhns Road, holds regular services every Sunday at 10:30 a.m. On April 21, there will be an Easter potluck; on April 27, there will be an Arbor Day/Memorial tree planting; and on May 18, there will be a movie matinee featuring the movie “Do You Believe.” Pastor Lonnie Casper invites everyone to join him in a walk around Luckie Park every Monday at 9 a.m. For further information, call 760-391-0480.
Handy Hint: If you use liquid soap, you can save 50 per cent of the cost by buying a gallon bottle for refilling those small pump bottles instead of replacing them. (The biggest variety of the large Softsoap refill bottles we’ve seen are at Walmart.)


Today’s Thought: The song “Girls Just Want to Have Fun” was written by a boy! Philadelphia singer Robert Hazard wrote and recorded the original version four years before Cyndi Lauper made it a hit. 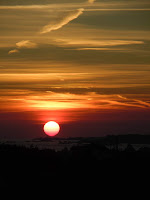 Until next time . . . remember to take time to enjoy the WONDERs all around us.
Posted by Karen & Dar at 1:24 AM