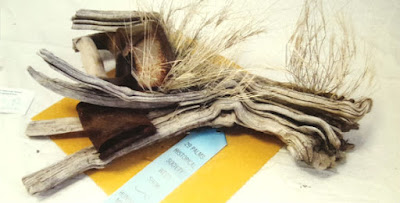 Ted will be here to explain the Weed Show's strict rules; the differences in categories; choosing a display base; collecting and using weeds effectively; choices of accessories and tips and tricks.

Three things the audience will take away from the presentation:


This is NOT a hands on class so you don't have to bring anything but yourselves. Ted will be doing all the demonstrating.

The Weed Show is scheduled for November 2 & 3, 2019. We will post links to documents as soon as they are published.
Posted by Ken and Teresa at 11:07 AM