We send out Rainbows-of-Sapphires-and-Asters to Cheryl Davies who celebrates her special day this week. Happy birthday, Cheryl! 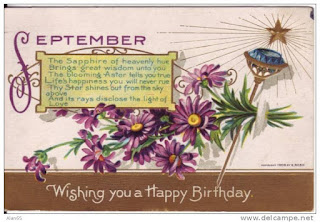 Karen’s Commentary: Well, at least the flies have let up a bit now. That was a really unwelcome invasion. While the worst of it was going on, we discovered a flytrap being sold at Stater Bros for six dollars a pop. It really worked great, but in all the information on the package, there was not one mention or warning of the horrible smell to come. At first we thought something had died under our porch, but finally narrowed the odor down to the flytrap. The trick is to get the trap far enough away (or downwind) so you don’t smell it, but close enough to be effective. Or it would make a great deterrent. Don’t want someone walking on your just-raked area? Hang a flytrap there! It’s just a thought.

Darlene’s Commentary: About a month ago, I took several calls from my ancient answering machine, wrote the names and numbers down, and didn’t see them again until yesterday. (I blame it on the anesthesia. Oh, well.) I apologize to Mr Joe Perez, a former Wonder Valley resident, who happens to be a handsome 92 years old and reads our column faithfully. Joe was having problems with those BIG red ants. He told me that they would find a way into his wild birdseed feeder and hummingbird feeder no matter what he did, and he asked for the “ant solution” that we used as a handy hint awhile back in our column. Here it is:  Using original blue Dawn dish soap, full-strength, make a barrier about three inches wide around the target area where the ants want to go. Spread it in a solid thin coat with your fingers, and place it where the ants HAVE to cross it to get to their target. Just keep in mind that what keeps them away is that they do not want to walk in
the dish soap. In the case of a bird feeder, I would suggest putting the dish soap barrier where it attaches to the post, pole, wall, etc. 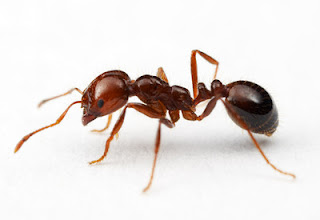 Our Wonder Valley Fire Station #45 is staffed 24/7 with two San Bernardino County Fire personnel, with at least one of them being a Paramedic. We are very fortunate to have this kind of emergency coverage in a small rural community. If you see the bay doors open, stop in and say hello. 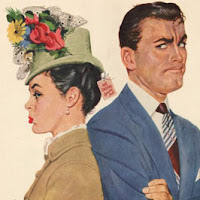 Thought for Today:
A dentist and a manicurist married. They fought tooth and nail.

Until next time . . . remember to take time to enjoy the WONDERs all around us.
Posted by Ken and Teresa at 10:56 AM