Wonder Valley's own artist, Heather Johnson, is riding her motorcycle to the other end of the Americas. She's made it as far as Girón, Santander, Columbia. 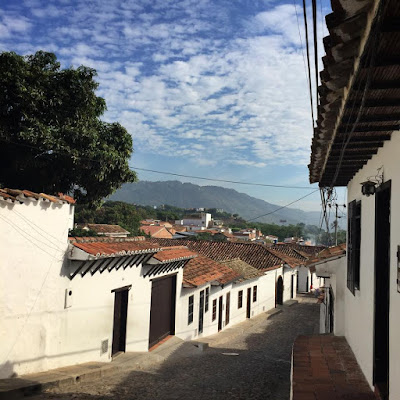 
Girón. I spent a single night in this colonial suburb of a much bigger city, in an enormous and beautiful 200-year-old hotel room that looked expensive enough to make me feel guilty about staying there (though it cost around $19). It had a balcony made of ancient stained beams from which I could gaze down at people passing by under the street lights that night. — in Girón, Santander.